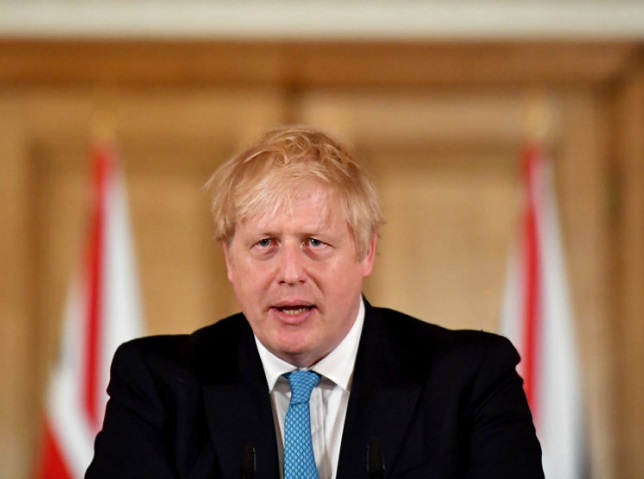 UK Prime Minister Boris Johnson tested positive for COVID-19 on March 27, 2020. The announcement was made by the Prime Minister himself through his twitter account.

Boris Johnson tweeted a video in which he confirmed that he had developed mild symptoms. He had developed temperature and persistent cough over the last 24 hours, following which he took a test on the advice of a chief medical officer. The test was carried out by UK’s National Health Service staff.

Prime Minister is now self-isolating at his residence in Downing Street as per medical guidance. Johnson shared through his video that he is now  working from home. He will continue to lead UK’s response to COVID-19 pandemic through video conferencing.

Johnson thanked the NHS and all workers helping the country stay afloat during the pandemic. He remained confident that the United Kingdom will be able to defeat COVID-19 virus. He also reiterated the importance of staying at home.

UK Cabinet to be tested

With Boris Johnson testing positive, the entire UK cabinet will now be tested for COVID-19 virus. Rishi Sunak, UK’s Chancellor of the Exchequer, who is also the son-in-law of Infosys founder NR Narayana Murthy will also tested for the virus as he was in constant touch with the Prime Minister.

British Prime Minister Boris Johnson joins a long list of world leaders and personalities that have contracted COVID-19 during the last 1 month. Following is the full list of world leaders who have been tested positive for the virus:
1. Prince Charles
Prince Charles – the eldest son and heir to Queen Elizabeth II, also tested positive for Coronavirus infection. He is currently under self-isolation at a Royal Estate in Scotland.
2. Michel Barnier
In Europe, French Politician Michel Barnier, who is the chief negotiator of European Union on BREXIT has also tested positive on 19th March 2020.
3. Angela Merkel (Suspected)
German Chancellor Angela Merkel was also suspected of being positive, after a doctor who treated her tested positive for the virus. However, so far the test result for German Chancellor has come back negative.
4. Sophie Gregoire Trudeau

In Canada, Sophie Gregoire Trudeau – wife of Canadian Prime Minister Justin Trudeau tested positive earlier in the month. Since then, Trudeau has been in isolation.
5. Prince Albert II (Suspected)
Reports have also confirmed that Prince Albert II of Monaco has also tested positive for COVID-19 but “there are “no concerns for his health” as informed by one of his Palace spokespersons.
6. Nadine Dorries
UK Health Minister Nadine Dorries was the first senior minister in the United Kingdom to be tested positive for COVID-19. She is currently in self-isolation.
Scroll to Top